Ballot one issue stands out for me this year.  If passed, Initiative Measure 594 “would apply currently used criminal and public safety background checks by licensed dealers to all firearm sales and transfers…”

Washington is the only state this election cycle with a state-wide initiative on what critics call “gun control” and proponents, “gun violence prevention”.   It’s been seventeen years since Washington tried to pass anything to do with guns.  That attempt failed.

Initiative 594 stands out for me because of the rash of school shootings this year – about one every three weeks.  The latest, two weeks ago, in the community of Marysville, north of Seattle.

And it stands out, because of Jeff.   I’ve never seen Jeff as particularly active on political issues.  In fact, when I asked him about political involvement he told me about doorbelling for George McGovern.

Jeff’s a CPA, and was our church treasurer for more than a decade.  I’m used to hearing from him about our financial bottom line and questions on who to follow up with on pledge calls.  Now my in-box gets filled with emails he sends about rallies and marches and reminders to announce and sign this and that related to guns and Initiative 594.

I imagine many of us are supportive of the initiative, but to take on gun violence seems hopeless and impossible to change.  Better to concentrate on what might actually be possible.  I mean, who really thinks we can have a serious national conversation on gun violence when we don’t seem to be able to talk about much of anything?

But Jeff has been stepping into the impossible for many years.  At 17, he hiked the Appalachian Trail alone, and held the record for years as the youngest solo end-to-end hiker.

He went on to become the twelfth person to climb the hundred highest peaks in Washington State, and has gone with his wife, Virginia, trekking three times in Nepal.

Several years ago we went skiing together.  I told him I was a true intermediate skier.  But I also knew that if I was going skiing with Jeff, I wouldn’t be skiing my favorite blue dot trails on the mountain, but skiing the black diamond and double black diamond trails. I skied down cliffs that day I could never have imagined skiing and wouldn’t have, had it not been for Jeff.

“Why do you push the edges, Jeff?  What draws you to what others would seem as impossible?” I asked him the other day.

“I love the physical exertion.  Going where I haven’t gone before.”  Traits that serve a

And when it comes to his advocacy for gun violence prevention, two specific reasons.  “I do it for Kellen.  And now Kellen and Bailey, my two grandchildren, three and one.”

“I don’t want this to be a story about me”, Jeff says.  “It’s not about me.  It is about the fact that we can have a different future.”

“If it’s about anyone it’s about people like Tom Wales, Cheryl Stumbo, Gabby Giffords – people who have personally suffered from gun violence.”

And grandkids like Kellen and Bailey who inspire him to become a political activist and do something he hasn’t done before.

No, this story is not about you, Jeff.  The piles of information you send and leave on my desk about gun violence is sobering and helpful information.  But finally, I have to say, it’s your commitment to step into and work for what others would think impossible, that inspires me.  Gives me hope that change might actually be possible and inspires me to work for it.

“You know, going uphill is easier for me.  Going down hurts my knees”, he confesses.

Thanks Jeff for being an up-hill hiker.   I’m not sure how long it’s going to take, or if we’ll ever get there.  But it sure feels good to know there’s someone blazing the trail for the possibility of change. 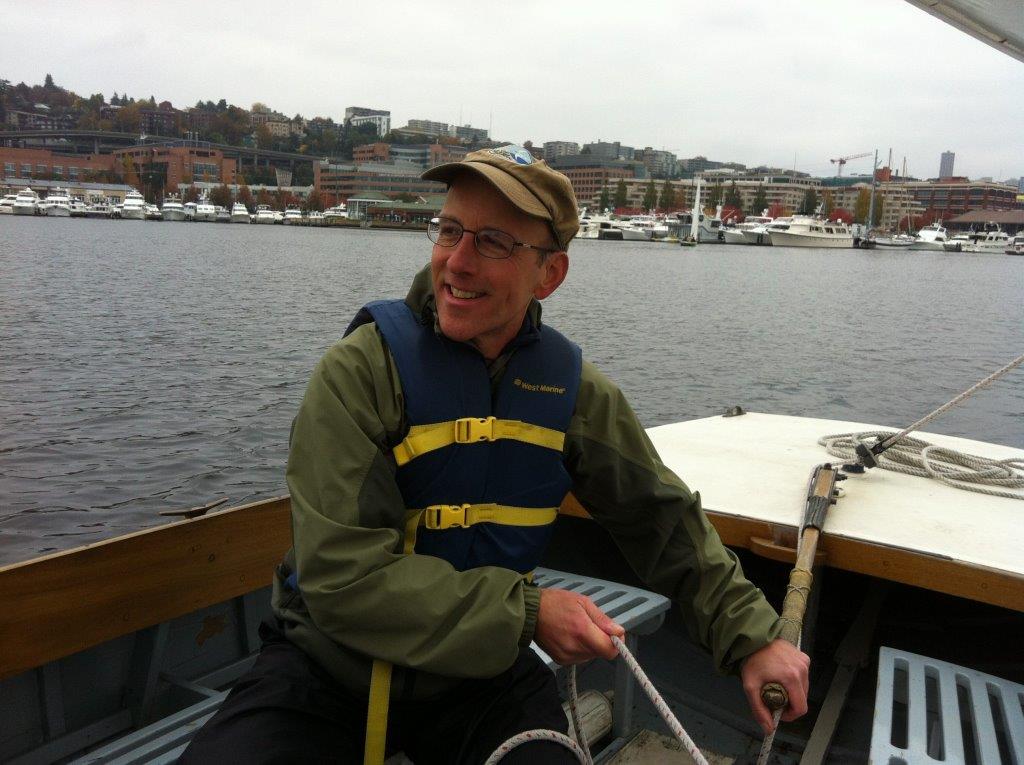 Finding New Life by Sailing into the Void
Bearings | November 8, 2019